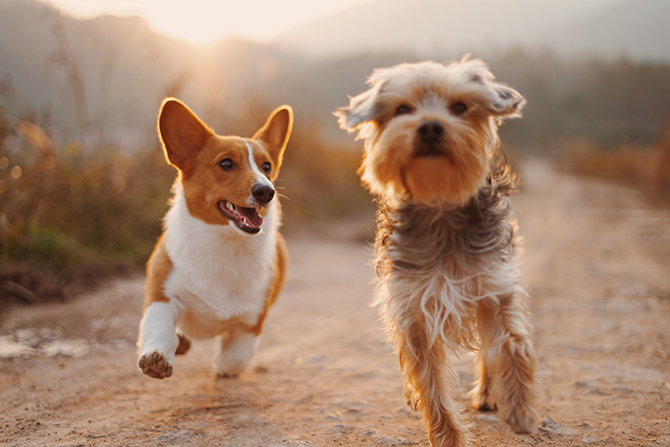 Which Dog Breeds Are The Most Aggressive?

A lot of people have misconceptions when it comes to which dog breeds are most aggressive and which ones aren't. Aggressive dog breeds generally exhibit behavior that's meant to scare or intimidate other animals or people. You can tell if a particular breed has aggression issues by the way it acts. You should especially pay attention when you are selecting a puppy. Is it the bully of the group, or quite shy and timid? Either case can lead to uncontrolled aggression, whether out of dominance or out of fear. Uncontrolled, regular growling, snarling, biting and lunging are dead giveaways that something's up with the dog.

Don't just look at a dog's breed when selecting one. Even the gentlest of breeds can be violent ones, especially if they aren't given enough socialization and training. Did you know that the breeds that are more likely to bite are the ones people rarely think about - like the cuddly toy poodle or the Jack Russell Terrier?

Beware of THESE Dogs.

The truth of the matter is, all dogs can be provoked or egged on to bite. There's no such thing as a "bad" breed. Practically all kinds of dogs are trainable. Proper training and socialization can make otherwise violent dogs, such as pit bull terriers and Rottweilers, adorable and gentle ones.

Dog owners should have their beloved pets trained to follow basic commands like come, sit, lie and stay. Obedience training school is one way of effectively preventing many dog-biting incidents, but you should try to find time for day-to-day instruction between dog and master, as well. This helps build the bond between you and your dog; when your dog trusts you enough, he dare not attack other people, particularly YOU.

Here's a look at the various dog breeds that are considered potentially aggressive.

Here's a rundown of breeds that are typically gentle but can't shake off their "bad dog" image.

In truth, most pit bulls aren't really as aggressive as they're made out to be. They tend to be loving, gentle and playful. But there are some that have been raised and trained to be highly aggressive. Such pit bulls tend to be more aggressive toward other animals than people. Aggressive pit bulls often have a history of being abused or neglected, and getting trained specifically to fight. Pit bulls that have been mistreated are seen as being extremely dangerous, so avoid them. If you own one, treat it gently and lovingly.

Whether you've got a puppy or a full-grown dog, what's important is that you give it the attention and care it deserves. Recognizing and heeding the warning signs of potential dog aggression problems will make it easier to deal with them at an early stage. When in doubt about something dog-related, consult with a qualified veterinarian and/or animal behaviorist.

If you are concerned about your dog's aggression issue's and are ready to take action right now, then read our reviews of the top Dog Aggression Guides available online.