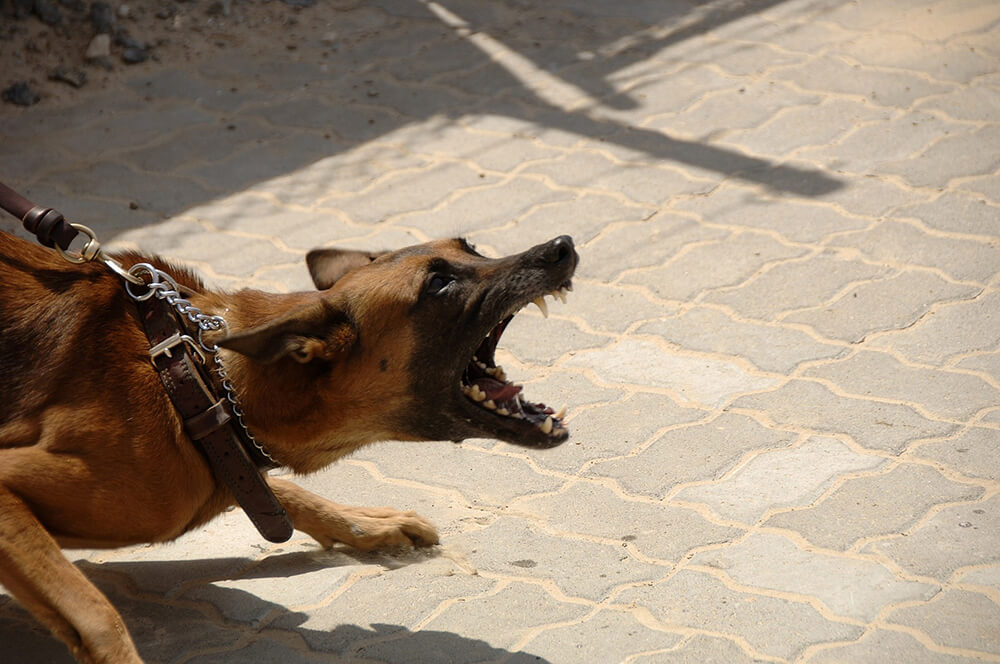 Vital information that all dog owners must be aware of.

It's common knowledge that some dog breeds get a bad wrap, they generally have a reputation for being 'bad' pets or particularly volatile. This may be loosely true in a few cases, but is in no way a reliable gauge of whether your dog has the potential to develop aggression problems (and it's not entirely fair to the dog's on the "blacklist" either). The truth is, any dog can act aggressively, and all dogs can become aggressive. It's all about dog ownership and behavior development, not a clear cut good breed / bad breed.

Common sense is the most powerful tool for dog owners. You're dog reacts to how you treat and teach it. If you miss-treat your dog it will become aggressive, and if you use ineffective training methods this may also lead to aggression. Below are some basic guidelines that you can follow with your dog to avoid aggression, from the very first day you get your puppy, to the it's older years. Because your dog will more than likely be in contact with children, the first step is communicating some guidelines to them, or at least making sure a the children know what they need to do to ensure your puppy's training is as effective as possible.

How To Avoid Your Dog Becoming Aggressive With Kids

Dog Aggression Has Its Place

Aggression is not an unconditionally bad behavior. A dog with absolutely no aggression is called submissive, and just like humans, a submissive dog has just as many issues as an aggressive one. A dog that is afraid of you can be just as if not MORE disobedient than an aggressive or dominant dog. Aggression is acceptable to a certain extent during exercise or play time for example, and is a positive thing as long as the level of aggression is controlled. Your dog's aggressive behavior can be used to tell you that something is wrong, whether it be a hidden medical issue, physical, general health, or issues with other dogs. While we want to teach your dog that acting aggressively toward other dogs is unacceptable, this trait does have its advantages.

As a dog owner it is your responsibility to control your dog's response to situations that make them feel uncomfortable or trigger aggressive, defensive behavior. For example, scolding your puppy for barking or growling at another dog that tries to jump up on them is not helpful. Instead try this

The How And Why Of Dog Aggression

The instances of dog aggression will change over time and are naturally different from dog to dog. As dogs grow from puppies to adult dogs, so to will their confidence and understanding. They understand where they fit in most canine interactions, and may develop behaviors such as possessiveness once they get used to the fact that they can actually claim toys, food or certain areas as their own.

As humans age, we may become less understanding and run out of patience with that which we are unfamiliar with. The same can be exhibited in our beloved dogs. Older dogs will often become snappy and less tolerant of younger puppies but, when we look into why, we see that it's actually very similar to the way we progress. As a dog get's older, he gets worn out much more easily and it can be extremely frustrating having to be around a puppy that is full of energy and eager to run and jump and explore all day long, older dog's just can't keep up.

As a dog gets older, he may become less confident in his place in the hierarchy. A weaker, less mobile dog cannot assert dominance over a younger puppy, thus feeling less significant. Finally, conditions such as arthritis can cause great discomfort and pain, making your dog even less tolerant of what is going on around him, making him more likely to try and lash out at humans and other dogs.

These are all aggression issues that can occur even with the most well-trained dogs. Other, more extreme aggression issues will arise as a result of neglect or abuse. Remember, your dog is a part of your family unit, and will look to you for support, care and reassurance.