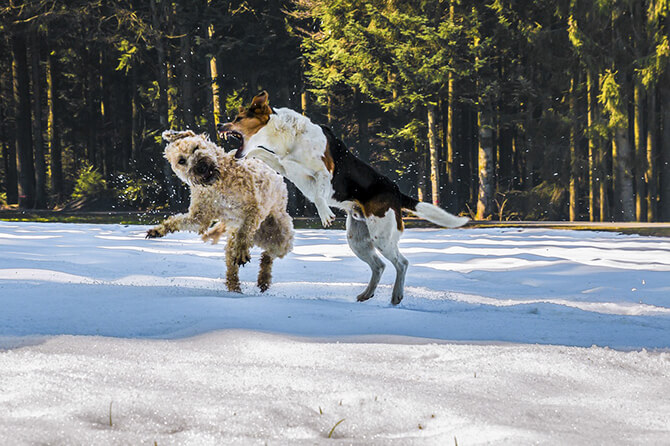 For an overwhelming majority of us, dogs are a positive and welcome addition to human society. They provide us with an incredible array of rewards, not least among which is their incredibly capacity for love and companionship. Firmly ranked as humankind's best friend, it would be difficult to dislodge the dog from its position as lifelong companion for many of us. However, facts must be faced, and an unfortunate truth is that for some, dogs can on occasion be terrifying creatures to behold. For those of us who have witnessed an attack, or been bitten ourselves, it's well-nigh impossible to forget those feelings of acute discomfort ranging from nervousness to sheer terror upon sighting a strange and unleashed dog padding down the road towards us.

The good news is that dog bites are entirely preventable. Simply by being aware and using your own common sense, avoiding a painful and traumatic event is actually relatively straightforward.

An Ounce Of Prevention

When it comes to a dog bite, prevention is far less harrowing than a cure. The first thing to remember is to rely on your own instincts and common sense. Dogs aren't humans; they don't think of an attack as bad, or as a punishable offence. You cannot rely on a dog not to attack you; you cannot rely on the training it may or may not have received from an owner regarding strangers and biting. The simple truth is, some circumstances are threatening to a dog; and in those circumstances, dogs sometimes act unpredictably with disastrous results for unwitting humans.

How can I avoid being bitten by a dog?

You should never approach a strange dog particularly one who's tied up or otherwise confined. Being restrained or confined in this manner will heighten feelings of anxiety and nervousness in a dog, and will increase the likelihood of a dog biting from its perceived need to protect itself. Don't surprise a dog even your own by petting it or touching it without letting it know in advance of your presence (for example, by greeting it verbally). Never take food or toys off a strange dog or one that you know is not accustomed to this behavior this is extremely challenging behavior and frequently culminates in attack behavior from even the most ordinarily placid dog.

What about children can they avoid a bite too?

Yes, children can also be taught to avoid situations which may culminate in a bite. Teach them to avoid strange dogs, not to tease or torment any dog - even familiar ones - and to give dogs plenty of notice before approaching them to pat.

How can I tell if a dog is dangerous?

It's never possible to tell with 100% accuracy which dogs will attack and which will not; however, paying attention to the dog's body language will generally give an indication of the dog's frame of mind.

When A Dog Attack Threatens

What should I do if I'm approached by a dog which may attack me?

If you are approached by a dog who you believe may attack, refrain from making eye contact. Do not turn your back on the dog; turn your side to it, as this is the least threatening posture from the dog's point of view. Keep your face turned away (while keeping the dog in your peripheral vision).

NEVER turn and run, as this may trigger an attack (the dog's prey instinct may be triggered, in which case its instinct will be to chase you). Back slowly away from the dog. If this causes heightened aggression, desist from this immediately and simply stand still, hands at your sides, breathing slowly and refraining from eye contact.

It's Up To You

It's easy to be put off dogs for life by dire warnings about savage dogs and the painful wounds they inflict on hapless passersby. It's true that some dogs are in fact a menace and must be handled accordingly. Most dogs, however, are a blessing to society and to humans in general. Functioning as friends, loyal protectors, watchdogs, workers, and human aides, dogs are an invaluable part of the modern-day world.

It is important to remember that whether a dog attacks or not is largely up to you. You CAN prevent a dog attack, simply by remembering the tips you've learned here today: never approach a strange dog. Be aware of the body language of dogs you see. Teach children not to approach strange or unleashed dogs. If you are approached, don't turn and run. Simply use your common sense, and remember that the outcome of the situation is up to you you are in control.