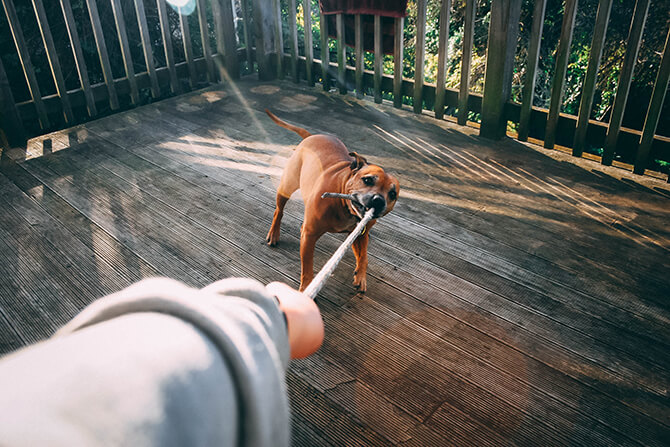 It's incredible. It's hard to believe. But it's true: More than 4.7 million people become victims of dog bites each year! Even worse, most of these victims are children. This is a serious issue that responsible dog owners must take seriously. With the following dog bite advice, you can properly prevent and solve dog biting.

One of the most popular methods of controlling dog bites is to spay or neuter your dog. This has been known to reduce the chance that your dog will bite by up to three times less than usual. However, it is not a guarantee of reduced biting or aggression, especially if you have a female dog.

Dogs are often terrified by loud noises like thunder or a vacuum cleaner. When this happens, they are more likely to snap and bite out of fear. Instead of trying to drag your dog out or pet him to calm him down, wait for the dog to calm down and emerge from its hiding spot. A terrified dog is a dangerous dog, so don't provoke your dog into biting when he is under stress and anxiety. If your dog regularly gets nervous and fearful, check with our vet to make sure there isn't a sinister reason for his or her anxiety.

Just as you should avoid a dog who is stressed by fear, so should you avoid dogs who are in pain, which also causes fear in the dog. No matter how gentle the dog may normally be, the fear that accompanies an injury can turn a calm dog into a crazed, dangerous biter. Dogs don't understand that when people move in, they are trying to help. Instead, they interpret a person's interference as a danger to them. Additionally, a person's touch will only worsen the pain.

When we put ourselves in the dog's "shoes," we can understand why they would be distrustful of humans. From the standpoint of a dog who has, for example, been accidentally hit by a swinging door, humans caused the pain, so if they approach the dog again, they would only seem to be trying to inflict more pain. Dogs do not understand that we are trying to help, so we must consider this before going in to pet or caress the dog. That's an open invitation to biting.

The best solution to this problem is to muzzle your dog. If, for example, you are taking your dog to the vet to get it treated for an injury or illness, a muzzle is the only thing that will stop it from trying to lash out and snap at you.

If your dog bites simply out of hostility and not because of pain or fear, then make sure you treat the incident immediately. Set clear rules for your dog that tell him that biting is wrong and will not be tolerated. Remember that biting is a CONTROLLING action; it is your dog trying to rise in the pack rank and assert its higher rank over you. You must "knock it down a peg" by consistently reprimanding the dog and taking action that shows you are the alpha. Some suggestions are:

Try to become a tree or a rock whenever an aggressive dog crosses the way.