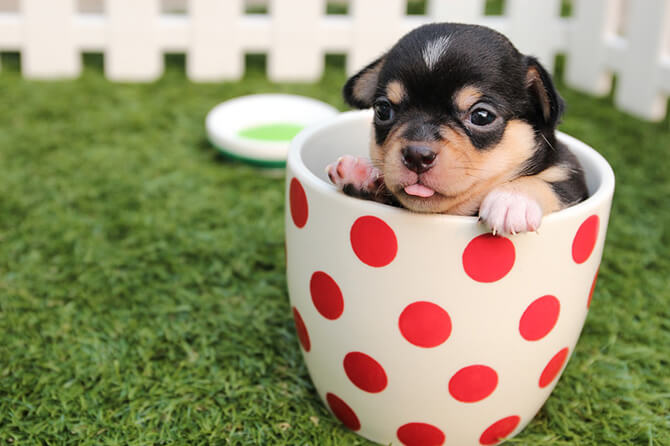 Rosie was a bright Jack Russell Terrier who enjoyed digging holes in Danny and Debbie's lawn and garden. In fact, it was her favorite activity of all. Rosie had two other doggy companions, so she wasn't bored or lacking in any way. Like other terriers, whose name means "put to earth," she simply loved to dig!

Naturally, Danny and Debbie did not care to put a lot of time and effort into their lawn and garden, owning three dogs and all. However, they wanted to keep the yard tidy and well-maintained, which meant, preferably, hole free.

Unfortunately, Rosie the puppy had other plans!

She would regularly dig holes wherever she could find, and being an intelligent dog, would get around her owners' efforts to fill previously dug holes with dog poop, simply by digging holes elsewhere in the yard!

Danny and Debbie clearly faced a problem. How would they stop their puppy from digging holes in their precious backyard?

With an intelligent dog like Rosie (or any Terrier for that matter), it is crucial that the dog gets plenty of physical exercise and mental stimulation. Obedience training is an excellent form of mental stimulation, and when combined with regular walks (2 a day, ideally) should tire out high-energy dogs such as pit bull terriers. Plenty of puzzles, such as the Kong or Buster cube toys, will also go a long way towards improving your dog's behavior.

As for stopping the puppy from digging, Danny and Debbie tried a few things until they found what worked well for Rosie.

First, they tried filling some of their pup's holes with balloons, burying them over with soil and watching what happened when she dug them up. Unfortunately, the explosions didn't startle Rosie the way Debbie and Danny expected, and she was soon right back to digging up holes.

They also tried sprinkling cayenne pepper in the holes Rosie had previously dug. But this didn't put her off making new holes, especially since Danny and Debbie had a rather large back yard!

Danny and Debbie finally realized that they couldn't stop their dog entirely from digging. What they had to do, was meet their Terrier halfway.

Danny finally built a special sand pit just for Rosie's digging habit. Debbie buried a few of Rosie's favorite toys in there to encourage him to use it. Rosie ended up using the special pit a lot, but he liked a change of texture now and again and would go back to the family garden occasionally. He only seemed to do that when Danny and Debbie weren't looking, as he was a rascally and very sharp dog.

Here is Danny's solution to this problem: he proceeded to lay down chicken wire mesh underneath a few inches of top soil in the areas where Rosie most dug holes. Rosie, of course, didn't not like the feel of her claws striking the sharp chicken wire, so she resigned herself to her special sand pit, where she could dig--and be rewarded!--to her heart's content!

stop your dog from digging