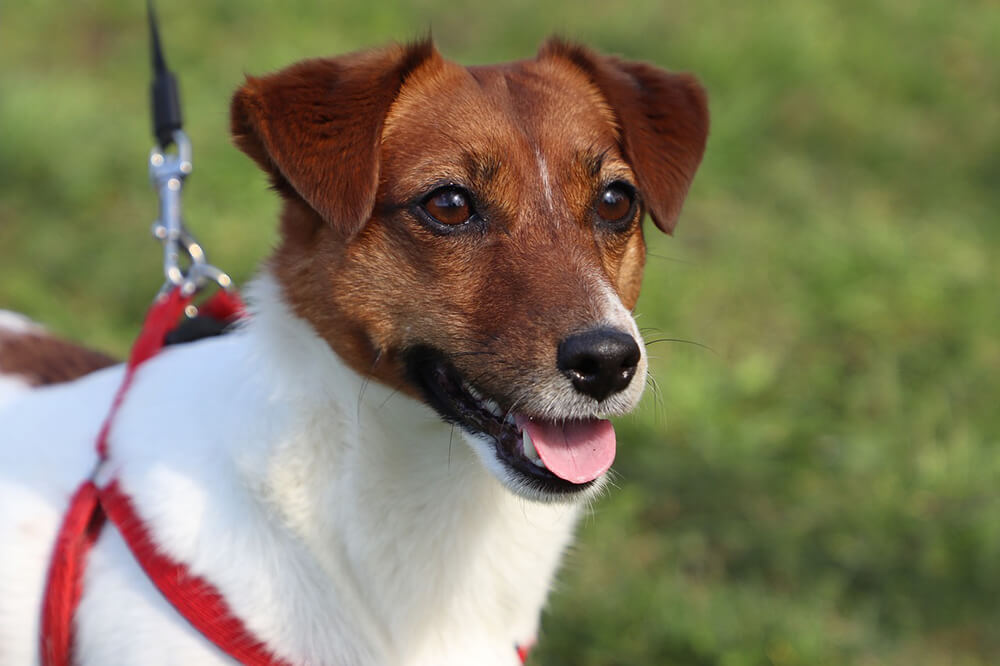 Jack Russell terriers are the personification of the typical terrier temperament: feisty, scrappy, intelligent, independent, bossy, and energetic. Although well-bred and -trained Jack Russells are dependably friendly around most people, they can be aggressively hot-headed around strange dogs and will take on a Pit Bull if in the mood for a scrap.

What Problems Might I Have With My Jack Russell?

Obviously, every dog is an individual and to characterize too widely is to invite false expectation. However, there are some personality traits that Jack Russells are famous (or infamous) for possessing. Among these are:

What Can I Do?

Even if you've taken your Jack Russell to puppy-school and obedience classes, it's a good idea to establish dominance over your terrier with regular training sessions. This is also an excellent way to bond with your dog, while working on good manners and notions of appropriate behavior.

Because of your Jack Russell's notoriously obstinate approach to life (and training), you will need to be prepared for mutiny with two tools: treats (preferably kept in a fanny-pack to keep your hands free and your pockets clean) and the ability to isolate and ignore your dog when he misbehaves.

This is a school of thought that encourages the rewarding of good behavior and the active ignoring of bad or inappropriate behavior.

If your dog follows a command, or is behaving appropriately without you having asked him to do so - for example, lying quietly in his crate while you have dinner - treat him and praise him as soon as he does it. Jack Russells, in addition to being very smart dogs, also respond exceptionally well to food-treats when training.

If your dog is being stubborn or is testing your limits, don't get mad, get even. If, for example, upon walking in the door, he gets excited and starts leaping and snapping at you (saying hello, in his language), tell him to "Sit" in a stern, loud tone of voice (although don't shout!). If he doesn't sit, turn your back and ignore him until he stops his welcoming behavior in puzzlement. Then turn around, order him to "Sit" again, and reward him when he does. It will take a few tries until the message sinks in, but be persistent - your Jack Russell is smarter than you think and may be testing your ability to "make" him do things. Be consistent and he will understand.

For repeated, deliberate flouting of the rules that you have imposed - for instance, if you know your terrier can perform a certain command such as "come" but is simply ignoring you - a quick, mild shake by the scruff of the neck may be required in order to reestablish authority. Do not be too rough - you want to make him whimper in surprise/shock, but not scream in pain. Only use this training tool when he's had several opportunities to obey you, and you're sure that he understands (for example, he's obeyed the command on previous occasions).

Jack Russells are feisty little dogs with a strong sense of self-worth and a need to dominate most situations. If you want yours to be well-trained and sociable, it's essential that you put in the effort to train him, exercise him, accustom him to strange people and dogs, and reward him when he does well.

For advanced training information on this breed, visit Secrets to Dog Training.