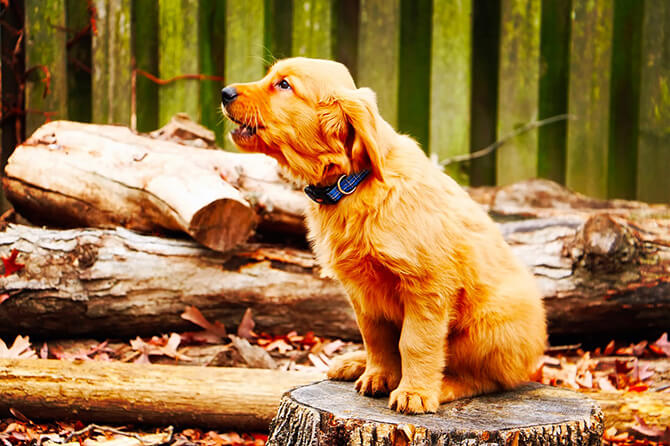 If you are having issues with your dog whining, it may be a behavior issue that needs to be evaluated. In some cases, certain breeds are more likely to complain if they don't get their way, as well. You see, some types of dogs, particularly dogs bred for companionship - such as 'lap dogs' and most toys - naturally crave a lot of attention from their owners, sometimes crying excessively whenever they aren't close to their human companions. This isn't to say that all small dogs are whiners or that larger dogs aren't whiners. It's just that some dogs are more prone to whining than others. However, consistent whining is still a sign of a poorly-adjusted dog, and should be treated.

Your dog may be whining and crying because of behavioral issues. To figure out the cause of the whining, you must evaluate your dog's behavior. What situations is he normally in when he whines? Is it when he's put outside by himself? When he knows you're leaving? When he wants to go for a walk? When it's time for your dinner and he wants some too? Dogs are social creatures, and whining is an effective way of communicating to each other and to humans that they either want something, or something is wrong. However, whining that's permitted to carry on for too long can then become a habitual response to certain situations, rather than an important method of communication, so it's important that you pay attention to the situations in which your dogs tends to whine, and see if there's a pattern emerging.

For instance, some dogs whine in excitement when they're about to go for a walk. If this is the case, you need to desensitize your dog to this event and let them know in no uncertain terms that, if they persist in whining, they won't get a walk. The best way to do this is not to put on their leash, open the door, or pay them ANY ATTENTION at all until they stop whining and are sitting calmly.

Another example is when your dog becomes overly excited and mistakes certain occurences for a signal that something good is going to happen. For example, the jingling of car keys do not always mean a car ride; driving by the park does not always mean stopping at the park, etc. Conditioning and de-conditioning are an integral part of training whining dogs, and making life easier for both of you.

In a lot of cases, whining is a simple indication that your dog is unhappy and lonely. Dogs need attention and love from their owners and family. If you're not spending enough time with your dog, he will suffer for it and will become bored and lonely. Take an honest look at the way you behave towards your dog, and think about whether you should be spending more time with your dog. Just like humans, dogs are sociable animals. A good rule of thumb is to put yourself in your dog's shoes: if you were spending as much time by yourself as your dog is, would you be lonely and bored? Dogs and humans are both pack animals, and need about the same amount of social time to be content. You should also research your dog's typical breed requirements of exercise and activity to make sure your dog is getting adequate play time, socializing, access to the outdoors, and so on. Your dog is utterly dependent on you for everything he needs to survive and to enjoy life; it's your responsibility and your duty to ensure that your dependent is both happy and content.

Breed and size play a huge part in how loud, active, and insistent your dog is. For example, some dogs are simply more phlegmatic than others, and will take a certain amount of boredom and solitary time into their stride (for example, reasonably sedentary dogs like Mastiffs and other couch potatoes tend to do better in these types of situations because, with enough exercise, they're accustomed to sleeping all day anyway). Looking into your dog's basic nature and requirements will help you to decide what approach you need to take to your dog's whining behavior: for example, it should help you decide whether you need to take a 'tough-love' approach with your dog, or whether he really IS suffering. If it's the former, it's in your best interests (not to mention your neighbors' and your dog's) to train him out of this self-indulgent behavior. If it's the latter, then you need to adjust your own behavior and treatment of your dog to make sure he's happy, in which case he'll stop whining of his own accord. In addition to these benefits, it will also assist you in determining, should your dog start whining in future, whether he's whining out of pain or injury or some other cause requiring immediate and serious attention.

Try to establish good two-way communication with your dog, and make sure you understand the underlying causes behind your dog's behavior and whining tendencies. Your relationship with your pet is meant to be a source of comfort, joy and companionship for both of you. Make the most of it and ensure that your dog's needs and your own needs are being met, for a long-lasting and rewarding friendship.