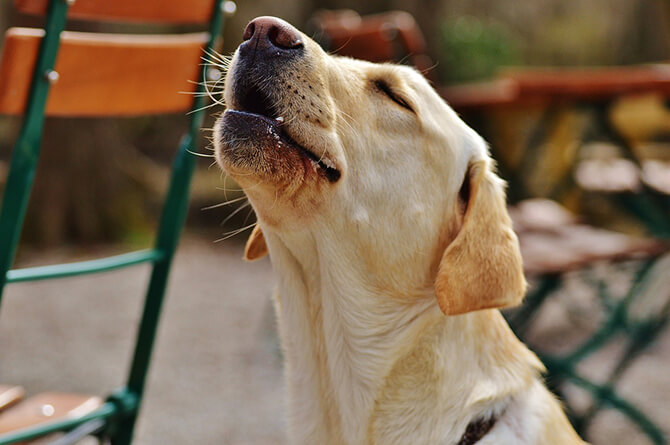 If theres one thing that dogs and babies have in common, its that when they want something, they let you know about it!

And just like a baby cries to get attention, so does a dog or puppy whine to get its masters attention. Its a natural mechanism for dogs, and one that we dog owners need to understand.

Unfortunately, most dog owners get dog whining all wrong. Instead of ignoring the sound or trying to reduce their dogs need to get attention through whining, they immediately try to comfort their dogs. This only rewards the dog for its whining, and positively reinforces the behavior. The dog knows that by whining, it can get whatever it wants. Not only does this prolong the behavior, but also it puts the dog at a higher rank than its owner and family! And when the dog becomes the alpha, deeper problems arise: aggression, biting, chewing, and overall disobedience. If you cant get your dog to stop whining, you wont be able to stop barking, biting, or other negative behaviors.

The key is to establish when whining is acceptable (sometimes if your dog is in pain or alerted to intruders) and when it isn't okay (nearly all the time). Once this sinks in and your dog understands the rules you've laid down, he'll be less likely to engage in a whining concerto. Here are other ways of dealing with whiners.

When it comes to dogs, as much as possible, don't give in. Every time a dog gets what he wants, the idea that whining works is reinforced. Dogs are a lot like people, they'll stick to what gets them what they want - in this case, whining. This means they'll be whining more AND longer each time their demands aren't met.

Show your beloved dogs that YOU are the boss and that you won't be bullied by unnecessary whining!