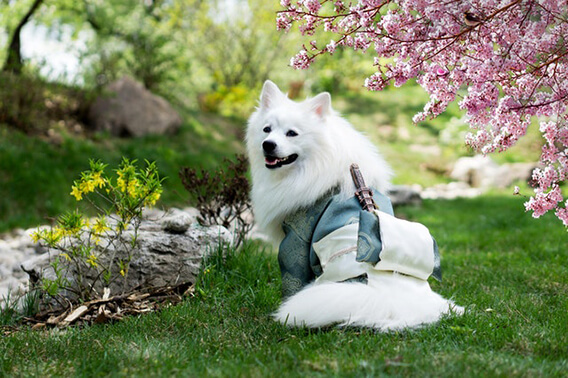 How To Stop Your Dog Pooing In Your Car

A dog that poops in your car is an embarrassing and revolting problem that some owners have to deal with on a fairly regular basis.

You take your dog with you for a quick car ride, thinking that a change of scene will do him some good. Then when you park the car, you open your dog's door only to find.....

Poop. Lots of it. Right on the car seat. And there's your dog, panting happily away, waiting to get out and play as if nothing has happened ....

Fortunately, this problem is pretty easy to fix. You won't have to deal with this issue for long. With the following advice you can stop your dog pooping in your car straight away!

Before Doing ANYTHING Else

For some reason, a lot of people act confused about why their dog poops in the car. In most cases, the answer is simple: because the dog needed to poop, and there was nowhere else to do it. Before even bothering to analyze your dog's behavior or anything of the sort, before you take your dog ANYWHERE in the car, you should always - ALWAYS - take him out for a toilet break beforehand. Give him a good five or ten minutes to sniff around and decide whether he needs to go or not. In 98% of cases, this solves the problem straight away.

So if you've taken your dog out for an extended toilet break before getting in the car, and he still poops in there, obviously something else is going on other than a simple need to eliminate (unless he's a puppy or young dog, in which case he doesn't have control over his bowels). You need to understand WHY your dog is pooping in the car in the first place.

Pay attention to your dog's body language before he gets in the car. Is he really revved up and excited? Or does he seem reluctant to get in, maybe a bit jumpy and timid? Does he leap right in the car without hesitation, or have to be coerced in?

Now, pay attention to his behavior while in the car. Does he scramble around a lot, bump into things, and refuse to stay put? Does he whine a lot and seem upset? If your dog can't enjoy even a short ride, let a long one, without pacing around the car and making noises, then you need to make the dog more comfortable.

How to Make Your Dog Car-Comfortable

If the dog is fearful or stressed in the car, you'll need to desensitize him to the car. This means gradually reintroducing the car to the dog, a little bit at a time.

Start by taking your dog for a long walk of at least half an hour to forty five minutes, making sure that it does have a bowel movement. Don't let the dog in until after it has eliminated its waste.

Prepare your car for the dog by laying down newspaper, blankets, anything that you don't mind getting dirty and that will help to protect your car's upholstery from any doggy accidents.

Next, take the dog to the car and just sit in the car without the car running for a short period of time. Roll the windows down a bit, but not enough for the dog to try to squeeze out.

If your dog is showing signs of agitation, do NOT try to soothe him with affection. This will reinforce his idea that something is genuinely wrong, and validate his concern. You need to be patient: wait for at least ten minutes. It may help if there's another person in the car with you, who you can chat to - your dog will pick up on your relaxed demeanors and conversation, and will gradually relax.

If he's still upset - howling, whining, trembling - after ten minutes, get out of the car and then let him out (you should always get out first). That's all for today; you can repeat the process, gradually working up in two to five minute increments to twenty minutes.

As soon as your dog becomes calm and lies down - this may take some time - reward him with affection and a small food treat immediately. You should only praise him and reward him when he's calm, though, as this lets him know how you expect him to act.

When your dog seems reliably comfortable in the car - he hasn't kicked up a fuss for a few times in there - the next step is to drive to the end of the driveway, and maybe for 100 yards or so down the street. No more than this - you don't want to overwhelm him. Drive slowly and gently; don't speed, don't swerve. Do as much as you can to remain calm, and to keep your dog calm (although remembering NOT to pat him or show him affection if he becomes upset).

Gradually increase the driving time. Make a daily 'driving date' if possible. Gradually work up - with an emphasis on gradual! - from 100 yards to a lap around the block. Be very positive and praise the dog when he's calm. At some point your dog may relieve himself in the car; don't punish him or yell at him for this, as it will only make him more scared and associate more bad things with the car, making it more likely that he'll defecate in the car in future.

If possible, avoid feeding your dog for two hours or so before taking him anywhere in the car. Take him on a long walk first and make sure the dog has done its business before taking it in the car.

Don't feed the dog on the trip. If he's not used to car travel, you shouldn't be taking him on long car journeys requiring feeding stops at this point anyway. If you must feed him in the car, make sure you let him out within one hour of feeding (less if he's a puppy) to stretch his legs and for a toilet break.

Also, watch for any signs of need to defecate by the dog. Getting up and sitting down, circling or whining or panting may all be signs that the dog needs to take a quick break and a walk.

The Car is an Extension of the House

Some dogs are perfectly housetrained inside the house, but don't seem to understand that the car is basically an extension of the househole. If you can bring recognizable objects that normally stay in the house - for example, your dog's blankets and bedding - this is a good way to signify that the car is part of the house.

One of the easiest ways to prevent car soiling is to crate your dog when he's in the car. Remember the basics of crate trainig: dog must have had a long walk, a play, and a meal and toilet break BEFORE going in the crate. Once he's in there, he can stay in for two hours or so (although less is also acceptable) before it's time for another toilet break and short walk.

Remember that the dog will still need to stop and go for walks along the way. You must avoid waiting too long between rest stops, as if your dog is forced to use his crate as a toilet, then the effectiveness of the method will decrease.

Some points to remember:

Finally, remember to be patient. Your dog is trying to learn not to poop in the car; but he won't be perfect at it straight away! The process may take some time, but if you stick it out, then your dog - and your car - will thank you!