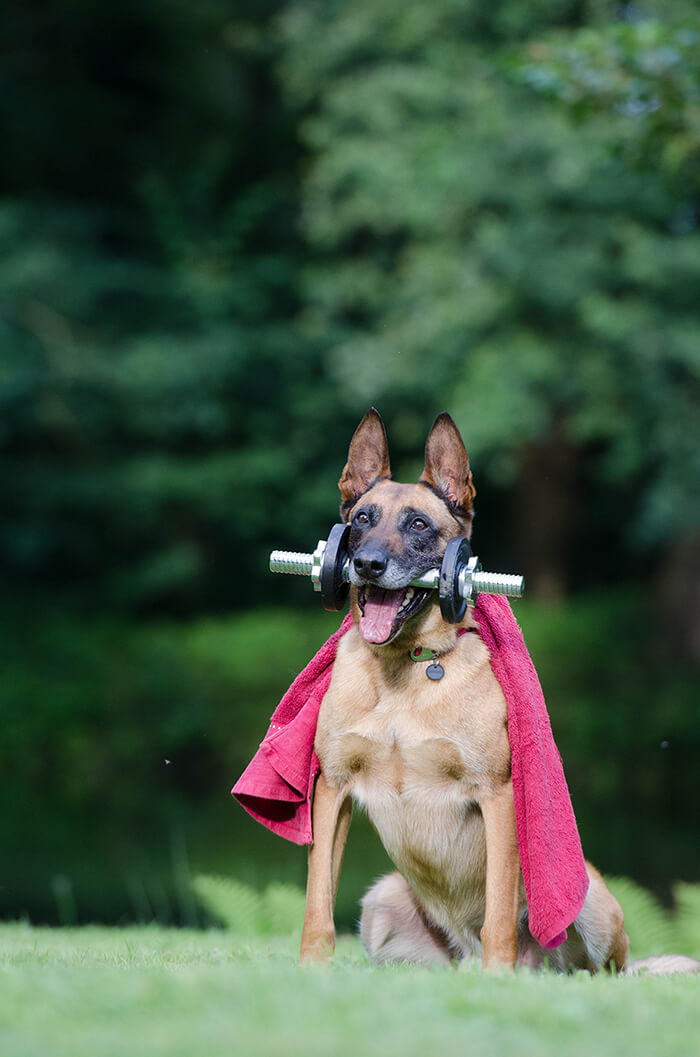 House training your new puppy is a challenge, especially for a new owner. And despite what anyone tells you, the length of time required to housetrain a puppy doesn't rely entirely on the breed: your efforts will have a significant impact on the outcome of the training. The important thing to be aware of is that you do your part in making house training as much a positive experience as possible for you and your dog. You will likely avoid later obedience problems if you can communicate your expectations to your dog in a manner that is firm and direct, but also always calm and exuberantly positive when it comes time for reward - it's very helpful for the dog to know how you communicate.

Here are some tips on successful housetraining:

Be aware of your dog's movements and habits obviously makes easier to correct inappropriate behaviors on the fly. Restrict access to areas where damage can occur. Do not "trust" a puppy with house training ability, even if they seem to have gotten the hang of things. When you are out of the house for short periods of time, your puppy should expect to go into their crate. If you must be away for longer periods of time, you will have to restrict access to certain rooms (garage, laundry) where accidents can happen in the short term.

Have A Regular Feeding Schedule

Dogs prefer to establish a routine. Having a regular feeding routine will not only help with overall obedience and discipline, it will enable you to monitor "output" by monitoring "input." Do not free-feed puppies & run; always remove leftover food after 15 or 20 minutes.This will teach your puppy to eat up when food is available, and will also encourage him to function to your schedule rather than his. Remember that puppies need to relieve themselves within half an hour of eating and drinking, so ensure that your schedule has taken this into account.

It has been shown that even though catching a dog in the act and intervening to discourage the behavior is effective in modifying the behavior, giving the dog praise and reward if they get it right is even MORE EFFECTIVE in getting results. Depending on your training regime, you may or may not use actual treats to encourage the desired behavior. Enthusiastic tone of voice and physical praise, however, goes a long way in any training scenario (often males need a bit of extra advice in terms of "softening" their voice so that it is less severe and entirely non-threatening).

Quite simply, there is no way you can offer guidance and positive reassurance if you are not actually present. Early on at least, until the pup is at least three to four months old, you need to accompany your dog, every time and all the way, to the appropriate toileting area. There are even adult dogs that prefer to toilet only when they are accompanied by their owner because they know they are doing the right thing and making mom or dad happy. This is especially important on rainy days or days when the outdoors are not so inviting. If your dog sees that you have no intention of going outside, chances are they will think twice about it too. It's not so comfortable waiting outside for a reluctant puppy to do his business at 2am on a Monday morning, but it does help and will make a difference to the speed with which your puppy accustoms himself to your hygiene requirements.

Always Use the Same Place

The best way to avoid confusion and accidents is to consistently use the same area you designated to begin with, rather than continually changing it during the training process. This applies for both the paper training method and the direct method. Using a designated spot consistently also means that you need to keep it clean: always pick up piles on a regular basis so that the dog is not put off by an unhygienic bathroom.

Use "Accidents" to Train

It is possible to use accidents to your advantage in the house training process, and not just see them as an occasional setback - and an inconvenient mess. First, it is important that you thoroughly clean the site of the accident, as dogs tend to go back to spots that they have gone on before. Because urine contains ammonia, owners need to avoid any cleaning products that are ammonia-based. Also, they should avoid anything with a strong smell, which effectively continues to "mark" the site of accident. After cleaning the area, use a an odor neutralizer. There are many products designed for pets specifically.

In addition, you should play with your dog and feed him on and near the "scene of the crime." This will communicate the purpose of the space as something other than a toilet, and they will instinctively avoid it if it becomes associated with food.

This one is the easiest to explain but the most difficult to implement. If you lose your patience when house training a puppy, you're damaging both the training that's been accomplished so far, and the developing sense of trust between you and your puppy. Would you yell at a tiny baby for wetting the bed? Would you strike a toddler for having an accident? You must be disciplined and control yourself - yes, it's frustrating, but it's all part of having a puppy. The more patient and encouraging you are (as opposed to angry and resentful) the quicker the housetraining will be and you'll have a competent pup in no time.