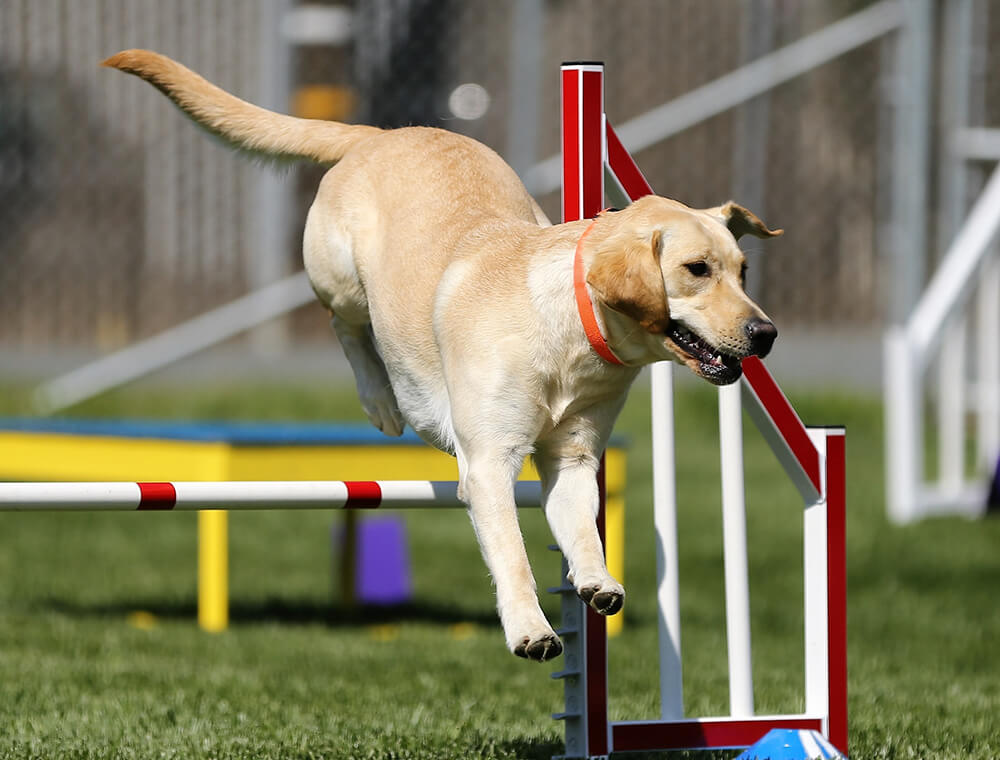 Humans and dogs have been coexisting for tens of thousands of years - archaeologists have found proof of dogs sharing habitation with humans as early as the Neolithic age (8500 BC). During our long history with domesticated dogs, one characteristic has remained a constant for all dogs: they are instinctively clean animals, and will avoid relieving themselves where they sleep and eat. This fact forms the basis for the most efficient and quick housetraining method, which is called Crate Training.

Crate training is recognized by dog trainers as being the most effective method of housetraining a dog. You'll need a good crate for it to work: your dog mustn't be able to get out without you knowing about it, and it must be big enough for the adult dog to turn around, stand up straight, and stretch out (just) but no bigger than this. The reason for this will be divulged later on. (You can purchase crates from petstores, or even make one yourself - just make sure your dog can see out at all times and that it's the right size!)

Dogs and puppies will not willingly soil where they sleep. Your puppy sleeps in his crate, and is there WHENEVER you are not able to actively supervise him (for no longer than three hours at a time, or up to four hours if he's still sleeping). Crate training works because it removes your puppy's opportunity to sneak off and relieve himself when you're not looking - this is because he'll be under your constant supervision whenever he's not in his crate. And when he's in his crate, he won't go to the toilet, because he sleeps there. That's why the crate must be a snug fit: if it's too large, he might be able to use part of it as a toilet without it disturbing his sleep, in a far-off corner. If you have a big crate, section part of it off so he can't do this.

There are several other, less effective house training methods available: these are called the Direct Method and the Paper Method.

The Direct Method is basically crate-training without a crate. It's based around your ability as an owner to supervise your puppy nearly constantly (as, if you don't, he'll be able to go inside without you knowing about it). You have to take your dog outside regularly, as well as at the first sign of him or her needing to go (sniffing the ground, circling). Puppies need to be taken out every hour or two; adult dogs can hold it for up to nine hours (but this is pretty uncomfortable for them, and it's better to allow them a toilet break every four to five hours).

During housetraining, you must also provide positive reinforcement whenever your puppy or dog relieves himself outside - as soon as he starts to urinate or defecate, praise him (quietly, though; you don't want to startle him out of finishing). Conversely, you can also provide negative reinforcement in the form of verbal 'interruptions' when the dog is caught relieving himself inside. Please note that you MUST actually catch him in the act, not afterwards - even by a few seconds. Dogs don't understand the concept of time like humans do, and so being reprimanded for an action that's taken place in the past will confuse your dog and upset him unnecessarily, as well as accomplishing exactly nothing as far as housetraining goes.

The Paper Method is less effective than any other method, as it involves training your dog to relieve himself inside the house on a floor covered in newspaper. As time goes by, you slowly reduce the size of the newspaper covering, until eventually it's just a few sheets in the corner. At this point, you slowly start moving the newspaper outside until your dog is relieving himself in the garden; when he's familiarized himself with this (give it at least two weeks), you can remove the papers altogether.

For indepth information on housetraining your dog, as well as plenty of helpful tips and advice for training and handling your dog, subscribe to our FREE newsletter, just down the page! It's full of valuable information for any dog owner - you can unsubscribe at any time simply by clicking the link.